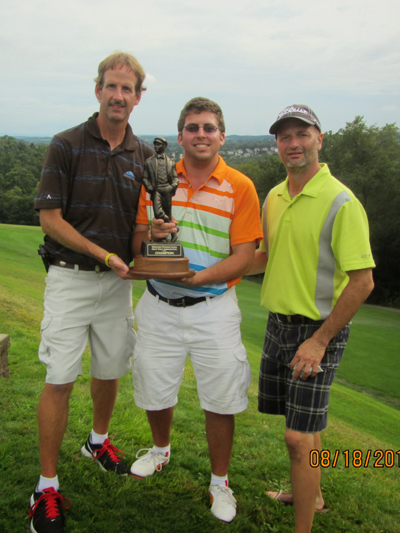 WPDGA's own Joey D'Auria earned his name onto the WPDGA Open trophy!

The 6th Annual Open had brought in players from
record-breaking 7 states.
William Lane of Texas led the first round with his score of 88 with Joey D'Auria and Greg Sebastian sitting one stroke back, Paul Wojton and Ron Swartz of Michigan two strokes back.
This year, Joey D'Auria played fewest number of rounds since he was an high school kid. After completing his four years of college, he just got a new job and a beautiful girlfriend.
After the first round, his game had shaken off rust and got on fire, scored 82 for the final round. His round was at least 6 strokes better than anyone in his final round group. Nathan Smith of Philadelphia's round of 83 was the second best of the day.
Congratulation to Joey D'Auria as members of WPDGA always knew that the day would come soon for his name to be engraved onto the WPDGA Open trophy.
Congratulation to fun-loving Pat Cullen of New York for winning the WPDGA Senior Open incredible 4 times.
WPDGA was excited to have 4 women participating in 2013 WPDGA Open. Congratulation to 2 times winner Mary Bachtel. 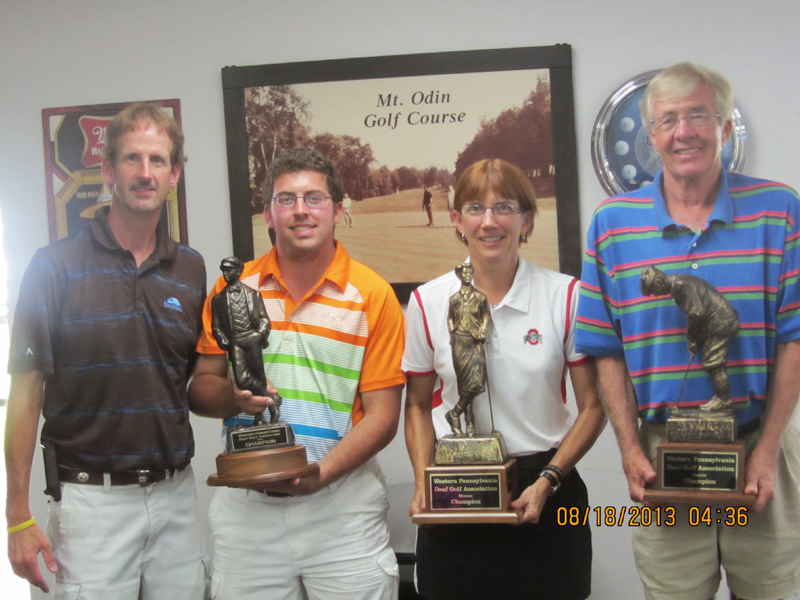